The Difference Between Artificial Intelligence and Machine Learning, Explained by Trees

An easier way to contact consumers that they’ll respond to. Knowing the best time to contact them in the first place. Uncovering more viable consumers than traditional scrubbing. All of it’s possible with Pairity’s AI platform, but what does AI even mean? And how does AI choose the best decision for your business in the first place? The answer is Machine Learning, but what does that mean exactly? To answer those questions, let’s take a brief detour to the forest. 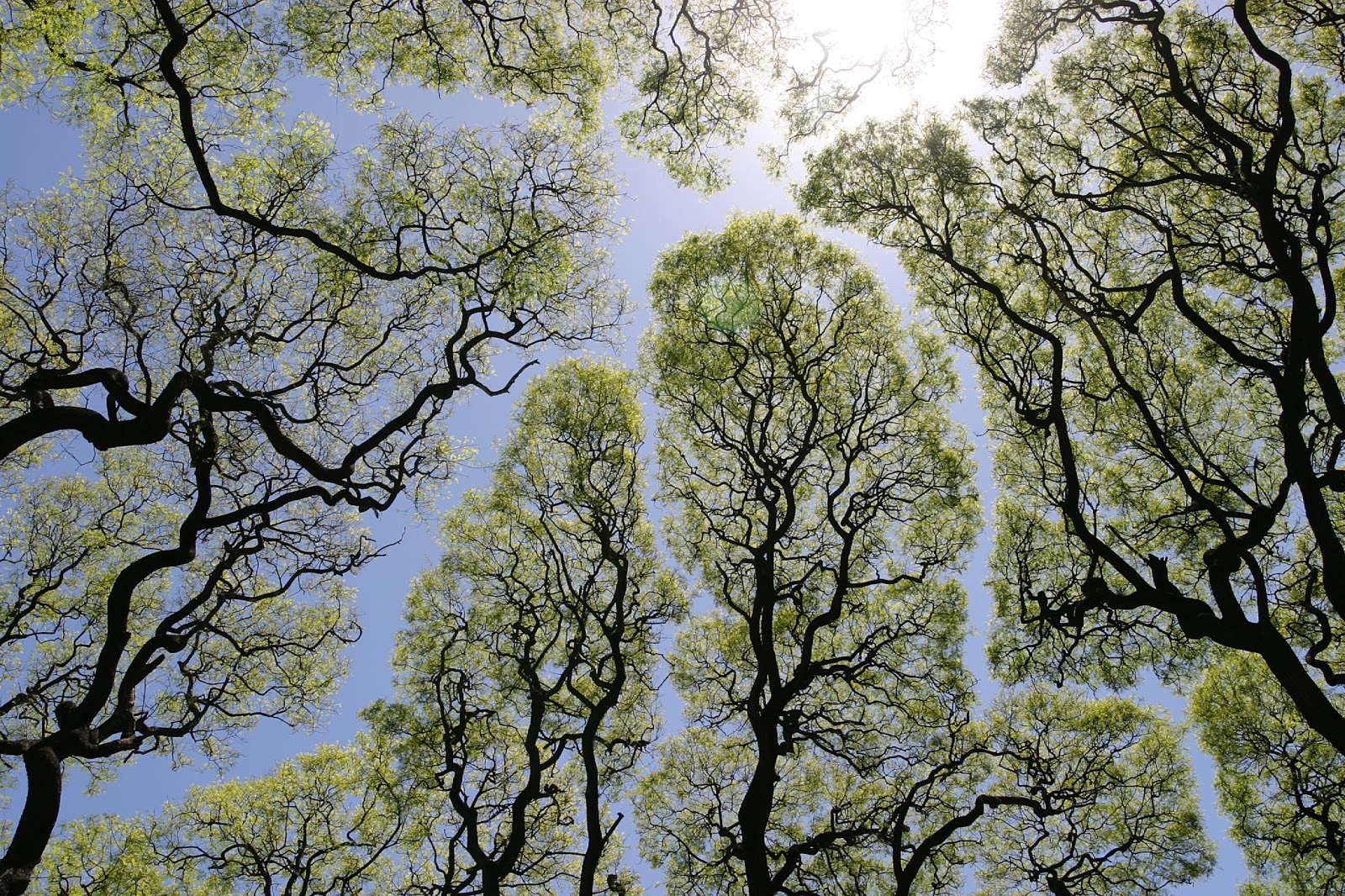 In the photo above, you may notice something curious: there are obvious gaps between the trees. These gaps are the result of “crown shyness,” a naturally occurring phenomenon where trees avoid growing branches that overlap with its neighbors’ branches. One hypothesis suggests that trees “know” the best direction for growth based on the amount of light they sense. The tree then makes the wisest decision based on collective data from neighboring trees, and the branches avoid covering one another.

Of course, not all trees are “shy.” Those that aren’t have overlapping branches, with the tallest trees growing over the others instead of sharing the sunlight. With crown shyness however, each growing tree interprets new light data, literally strategizes new directions for growth, and works with the other trees to ensure an efficient and thriving forest.

If you haven’t guessed yet, trees making decisions on the best direction for their growth is our metaphorical equivalent to Artificial Intelligence, or AI. Artificial Intelligence is the ability of machines to imitate human thought (just as these trees are doing), and more importantly, make a sound decision based on all the data and patterns its given.

The way, or “model” that each tree uses to sense and learn from light data and adjusts to find new patterns of growth, is Machine Learning (ML). Machine Learning is the ability to “think” and learn based on new data, and subsequently change its initial parameters to reflect these new findings without any outside (i.e., human) input. The main difference is that ML can find patterns from data and continually learn from the new data, but it’s the AI that chooses which pattern is most probable for the best results.

Similarly, Pairity’s AI makes the best decisions across your agency’s operations, which is informed by the patterns recognized by the various models that are provided by our Machine Learning as a Service. If we’re to start at the beginning, when the forest is just a group of scattered seeds and the ML models are just sets of algorithms, both follow a specific set of rules to carry out their aim (growth). After multiple years of rain and sunshine, and recognizing which directions seem to be best for growth, those seeds become sturdy trees that make up a thriving forest. Similarly, feeding data into an algorithm builds a robust and more efficient system — but AI works much faster than mother nature, so we’re talking nearly immediate growth vs. years.

Pairity’s AI platform focuses on efficiency as well. Just as the crown-shy tree doesn’t waste energy and resources on entangling itself with other branches, AI finds the best path for growth and eliminates excess time and money spent on operations like unsuccessful phone calls and other redundancies.

Through ML, Pairity uses a consumer’s historical data, such as employment status and other (compliant) publicly available info and previous debt payments, and takes those factors into account to reveal previously unidentifiable consumers with a propensity to pay. With each consumer interaction, the machine learning models continually—you guessed it: learn —and incorporate newly revealed data to refine the parameters it uses. This provides you with more accurate predictions of consumer behavior and response. By using Pairity’s AI, a decision like choosing which agent (or whether to use a live agent at all) will work best with a particular consumer becomes simpler.

The AI chooses the method for you and prioritizes workloads based on the patterns generated by machine learning. Thus, your chances of successful consumer contacts increase, and you’ll have a higher likelihood of collection and increased revenue — just like the efficient forest that’s making the best decisions for its strategic growth.

Want to stay ahead of the game?

Get the latest from Pairity: new products, updates and other news.